Today Apple held its Apple Special Event at the Steve Jobs Theatre. Unfortunately it wasn’t a special event for Australian Apple users, with many of the new services unavailable to them. Apple TV+ was the highlight – read on for more information.

Tim Cook outlined the current service offering from Apple including:

Will provide access to over 300 magazines across a range of categories:

The app will include live covers on magazines and content will adapt to iPhone or iPad displays.

Apple stressed that the use of their News app doesn’t allow advertisers to track you – it uses on-device technology to feed you interesting and relevant articles.

It would cost over $8000 each year to subscribe to all of the available individually. Apple will be offering the News+ service for $9.99 per month. It will be available for Family Sharing at this price!

Apple News+ is launching in US and Canada now, simply download updates on your device.

Apple News+ is coming to Australia and Europe later in 2019.

Apple Pay will surpass 10 billion transactions in 2019. It currently has 70% acceptance in USA and an amazing 99% in Australia.

It is currently used in many cities (London, Moscow) for transit and will be rolling out to more US cities this year.

It’s a new kind of card, designed to provide you with a healthier financial life.

You can use it worldwide with Apple Pay and it’s available across all devices.

Within the Wallet App you can see how much you have spent and when payment is due.

Apple Cards will use technology to link transactions and machine learning to better understand your spending. No more random, unknown transactions on your credit card statement.

Apple Card rewards will be cashback, with the money accumulated shown within the app to be spent.

You will earn 2% daily cash when you use Apple Pay. Items and Services purchased from Apple will earn 3% daily cash.

Apple have partnered with Goldman Sachs and Mastercard to develop Apple Card.

As well as being a payment method in your Apple Wallet, you will also receive a physical card. It is made of titanium and your name is laser etched on the card. It is very secure, with no card number, no CVV, no expiration and no signature on the physical card.

You will earn 1% Daily Cash if the physical card used.

Apple Card will be available in the US Summer. No mention of other countries at this time.

Apple Arcade will be available in the America Fall in 150+ countries. Pricing still to be announced.

It will provide access to over 100 games that are exclusive to Apple.

You will be able to plat all you can play. Rather than pay up front for each game, a subscription to Apple Arcade will give you access to all content. If you’re concerned about screen time you can set limits within Apple via ScreenTime.

Apple Arcade will be available for Family Sharing.

You can now access network/cable TV via the Apple TV app.

Instead of subscribing to many different services, you can pay only for what you want, all in the one app, with the password you already know!

A new feature Inside the new Apple TV app

You will have access to channels including Showtime, HBO, Starz and many more.

There will be Software Update available soon for access to the new Apple TV App including the TV channels feature.

It’s currently available in 10 countries, but will become available to 100+ countries.

The most impressive part of Apple’s TV+ launch was the use of Steven Spielberg, Ron Howard, M Night Shyamalan, Reese Witherspoon, Jennifer Aniston, and Oprah to announce Apple TV+

Apple TV+ will be: 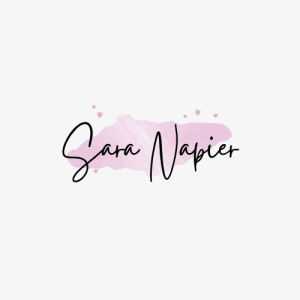 Streaming – all you need to know!